Is Insights a Profession? 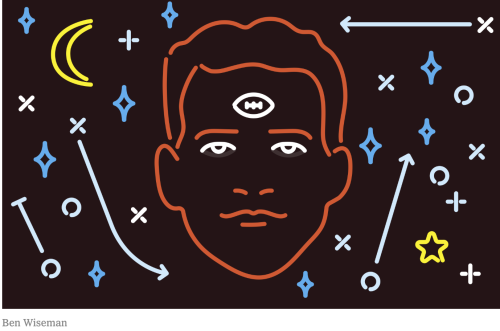 Yesterday, like 100 million or so other Americans, I tuned into the Super Bowl. I was not there to see whether the Flying Elvis would beat a team that was only there because of one of the most glaring officiating errors in the history of American football. Rather, I tuned in to hear Romostradamus, the twitter-endowed name for Tony Romo, former quarterback turned color commentator who has become a phenomenon based on his ability to analyze a football game, explain strategy to the audience, and predict what play will be run with uncanny accuracy.

Writing in the New Yorker, Zach Helfand describes how Romo learned to do it: “In the course of his career, he watched hundreds of plays from the bench, lived through thousands more on the field, and then relived them many times over in the film room.” Frank Bruni writing in the Times echoes this theme of relentless study and preparation even to this day. In short, Romo approaches his job as a professional.

The Oxford Dictionary defines a profession as “a paid occupation, especially one that involves prolonged training and a formal qualification.” How many of us who fancy ourselves as “insight professionals” meet that test?

As I have said in other contexts, market researchers seem to take an almost perverse pride in describing how they “fell into” MR with little or no relevant education or training.  Over the last decade in particular we have celebrated the inclusion of specialists in other fields—computer science, anthropology, social psychology and journalism, to name a few. As one well known practitioner (whose name I withhold to protect his innocence) once observed, “We have allowed this industry to be taken over by venture capitalists and technology geeks.”

All this would be fine were there a concerted effort to teach these new entrants the foundational principles that underpin good research and actionable insights. What we have some learning by doing, some basic orientation in how a single company does what it does.

In December I ended a four-year stint as Executive Director of the Market Research Institute International (MRII), a non-profit that develops online courses in market research in partnership with the University of Georgia. When I first joined I was astonished by the widespread disinterest in education and training by individual practitioners and their employers, on both the client and supplier sides. And it’s not just me. This unfortunate reality is documented in a recent NewMR survey in which 39% of respondents reported receiving less than six hours of training per year. This in an industry that fancies itself as undergoing rapid and dramatic change, but it’s doing precious little to address it in a meaningful way.

Tony Romo can do what he does because of relentless and ongoing study that continues to this day. That might be more than those of us who aspire to be insight professionals can or want to commit to, but continuing to do what we have been doing is not going to produce a future where MR can play the essential role it seeks to play.

Posted at 03:27 PM in Education and training, The New Market Research | Permalink | Comments (3)